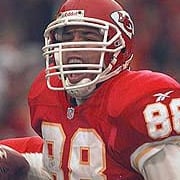 As the NFL regular season winds down, teams have different motivations based on their standings. If you disregard this situational factor, you risk betting on a “trap” game. Which teams are the most likely to underachieve? The obvious answer is the team that has already qualified for the playoffs and benefits little from a win.

One clear example of this is the Chicago Bears. At 12-2, they’ve not only won their division, but have also secured home field advantage for the duration of the playoffs. A coach’s main goal is to enter the playoffs in the strongest condition possible. This often means that “banged up” players will rest and key starters may play only two quarters or less.

However, remember that the line already reflects this factor – the Bears (12-2) are only 4½ point favorites over the Lions (2-12) at Pinnacle Sportsbook. Estimating the line using traditional power rankings (like Sagarin ratings), you would expect the Bears to be favored by about 20 points. The difference – in this case, about 16 points – is how much worse Chicago will play by bringing its “B-game” to Ford Field.

While the Bears situation is an obvious time to deflate a line, there are less obvious instances, especially in the last week of the season. While there’s a strong incentive to finish in the top two of a conference (to earn a first round bye in the playoffs), there is almost no difference between the #3 and #4 seeds, and between the #5 and #6 seeds. Each pair of seeds must play the same number of games to advance to the Super Bowl, and will almost certainly play the same amount of home games to get there. If a team’s winning or losing will not move them out of such a pairing, (e.g. the team will finish at #3 or #4 regardless of how it finishes), this is also a good time to deflate the line.

The last week of the season often has unique opportunities. When analyzing the various playoff scenarios, look for situations where a team playing late has its game become meaningless IF a certain result occurs in the early games. This provides a rare opportunity to bet on “The Holy Grail” of sports betting – the correlated parlay.

For example: Team A plays late, team B plays early. Team A advances as a wild card if B loses, or if A wins. If both occur, Team A still gets a wild card. In this example, team A’s late game becomes meaningless if B loses. When a game becomes meaningless, the game line for the team that advanced will often crash at Pinnacle Sportsbetting. Some sports books will take these games off the board during the first game because the spread on the late game can change dramatically based on what happens early.

To best exploit this, make the correlated parlay: Team B to lose (moneyline), parlayed with Team A to lose (spread or ML). Be sure to do this before game day though, in case some of these correlated games are taken off the board.

What are players betting at Pinnacle Sports Book?

Kansa City -6.5 -108 v. Oakland
We initially opened the Raiders at +1 (-104) on Sunday. After getting blanked by St. Louis 20-0 in Oakland, the spread quickly climbed to +6.5 as Chiefs backers outnumbered Raiders backers by a 3-to-1 margin. Although no coach ever tries to lose, the 2-12 Raiders may be better off losing out – they are currently tied with Detroit for the #1 draft pick next year. As always, the sharps got the early number, taking the Chiefs -1 and now the sharper players are passing on both sides at +6.5.

At 7-7, Kansas City is a long shot to even get a wild card. There are three teams in the AFC wild card chase at 8-6, and another three tied with Kansas City at 7-7. That makes this match-up and next week’s against Jacksonville “must-win” games for the Chiefs. Must-win match-ups are overrated in the minds of bettors – teams that must win to advance to the playoffs still win about 50% of the time.

Chicago -4.5 -105 v. Detroit
The Lions opened at +7 (-104) at Pinnacle Sportsbetting, but it drifted down across the market due to the Bears playing a meaningless game. The Chicago Bears “Chalk Talk” discussed the likelihood of resting players with minor injuries. Despite the downward line movement, we received five times as many bets on the Bears as the Lions.

An old handicapping adage thought that the home field advantage increased in the final two weeks of the season. At one point, it was profitable to blindly bet home teams in the last two games. But in the last five years, home teams are 91-67 straight up (57.5%), but only 69-88 against the spread in the final two weeks. This is an example of the market “overcorrecting” to a betting trend that was strong in the past. As with all technical trends, do not follow them blindly.

Philadelphia +7 -108 v. Dallas
The Eagles were all but forgotten with the loss of Donovan McNabb earlier this year. Since then, Jeff Garcia has led Philadelphia to three consecutive wins in four starts. As a result, the Eagles are a front-runner in the wild card hunt and a division title is even possible. In this NFC East battle, the Eagles opened at +7.5 (-104), but were quickly bet down. The sharps and public alike backed the Eagles by a 5-to-2 margin. The wise guys have continued to bet the Eagles, even at +7.

Arizona State +7 -110 v. Hawaii
We opened Hawaii as a 10-point favorite, relying on their large “home field” advantage when playing in Honolulu. Although the Sun Devils finished 7-5, all of its losses were to Pac-10 opponents and four of those were ranked in the top 25. Hawaii finished 10-3, but played an easier schedule and went 0-2 against teams in the top 25. As always, the sharps took the best numbers on Arizona State, betting them as low as +7.5.

MLB PRO HOOPS FOR WED TUES 10-11-3 BUT THE MONEY AS IN OUR FAVOR THANKS TO FIRING ONNETS on Wed, Jun 2021 by Surfer
Forum Home
Loading...
Facebook Twitter Google+ RSS