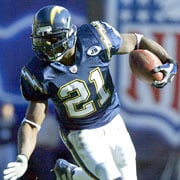 Everything That You Ever Wanted to Know About NFL Prop Bets

While many players find Props easy to beat, this market has traditionally been the domain of smaller players. This year the popularity of NFL Props has increased immensely at Pinnacle Sports, creating two new advantages.

First, there's a lot more two-way action causing line moves. Second, other sportsbooks are trying to offer many NFL Props and some are even copying Pinnacle Sportsbook's lines.

These two factors combined mean: (1) Larger players can bet more on a single Prop; and (2) Smaller players can get a better price by shopping and watching the lines move.

With -108 pricing on NFL Props and up to $1,000 game day limits, you'll find consistent value and more often than not, the best price at Pinnacle Sports.

The popularity of Super Bowl Props, which have been available for a long time, has led to a gradual increase in the number of regular season games with proposition betting available. Most sports books like Pinnacle Sports regularly offer them on the Sunday/Monday night games for example. With so many chances to bet on these props, and with so many players betting the wrong side through poor handicapping, sharp players can capitalize now more than ever on NFL props.

One of the most common props you will see is "Which team will score first?". Many recreational players like betting on the favorite, regardless of the price. Frequently there are not enough professional prop players to keep the lines in shape, so the price on the dog will gradually creep up. I'm not advocating that you blindly bet the underdog on this prop, but want you to understand why the opportunity is there.

The best way to price any prop is to find thousands of occurrences of similar situations. If there are enough similar games, you could simply count how many times a similar favorite scored first. There are however, two problems with this approach. First, many props do not have enough similar situations to give a meaningful comparison. Second, even if there are enough games to evaluate, it's too time consuming to collect and analyze all the data you want.

So what's a more practical way to price the "team to score first" prop? When trying to price props, ask yourself: is there a logical way to analyze this problem without looking at several games? With the right approach, most proposition bets can be priced just by using team and/or player statistics from NFL.com or www.thespread.com

The "team to score first" prop actually has a straightforward solution. Look at the line for the first half of the game, and use it to figure out how many average points a team will score in the first half. For example, if the first-half line is "Dallas -3/Atlanta +3" with a first half total of 23, the market price would "suggest" that the first-half score would be Dallas 13, Atlanta 10. You got that score by subtracting the spread (3) from the total (23), getting 20 total points. Then split the total points (20) between the two teams, and then add the spread (3) to the favorite.

Once you have the predicted score for the first half, the moneyline for the favorite to score first is -100 * (Favorite Score / Underdog Score). In this example, it would be -100 * (13/10), or -130 for Dallas to score first. The underdog is the opposite: +130 for Atlanta. While pricing Props is not an exact science, this approach will provide a very good estimate.

Next week, we will take a look at some other popular NFL Props, including "Will the first score of the game be a TD? (Yes/No)".

Baltimore +3 +109 v. Cincinnati
As a bookmaker, there are times when see what players do and think, "How did they know the line would do that?" In this case, we opened the Bengals as a 2-point favorite. The early sharps played the Bengals, and some of those later played the Ravens for a nice scalp AND middle at +3 (+109).

While even the best players rarely get a position as nice as this, it does exemplify that any side can be the sharp side at the right price. Winning players have a knack for knowing which way a game will move and establishing their position at a good number. When we review a risk profile for a game, we frequently see the same winning players getting the best price on a side, or sometimes on both sides of a game.

USC -12.5 -106 v. UCLA
Since this game alone can conclude the BCS National Championship picture, it's not surprising that it's the most heavily traded game. We opened the Trojans at -11 (-105), where the price drifted up to -13½ due to public money. At that point, some sharps played UCLA plus the points, with a few buying the "14".

Some casual players were surprised that USC is such a small favorite over the 6-5 Bruins. UCLA fares well in computer rankings thanks to a tough schedule including 9 games against Pac-10 opponents. Of all the conferences, the Pac-10 is rated as the strongest by Sagarin ratings.

Arkansas +2½ -104 v. Florida
In what might be the last piece of the BCS puzzle, we opened the Gators as -3 (+100) in the SEC title game. The volume and number of bets have been heavy, but flat on both sides. The market price crept up, forcing us to "move on air". Our sharper players have not given any clear guidance on this game.

After opening the Cowboys as 3-point favorites, the early sharps kept backing Dallas, pushing the line up to -3½. The line moved up, notwithstanding the public favoring the Giants by a 7-to-4 margin.

BCS National Championship: USC +5 -110 v. Ohio State
Although USC has not been selected for the big game yet, players can still bet it at Pinnacle Sports (all bets will be cancelled if USC does not play in the Championship game).

Trading for most games falls into recognizable patterns that are defined by the level of interest by different groups, from public to syndicates. This game puzzling so far, despite the early heavy volume. We have twice as many wagers on Ohio State, but nearly twice as many dollars on USC. With that type of profile, we would expect the sharps to be on USC. However, the sharps are split fairly evenly on this game. The heavier volume on the Trojans thus far seems to be just "noise".