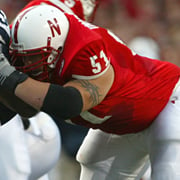 Free Winning Football Picks Equals Run Defense
by: Bryan Leonard
Good handicappers know how to make lines based on power ratings, home field and public perception. Other numbers, however, that are easier to identify mustn't be overlooked, either, when analyzing games and point spreads each week. Here's one anyone can utilize: Run defense.

This is one of the basics when it comes to winning football. And speaking of basics, if you can't stop the run, the opponent doesn't need to pass.

This is something that was evident when Nebraska and Oklahoma dominated the Big 8 and Big 12 during the 1970s and 80s. Those teams had powerful running games under Barry Switzer and Tom Osborne, and many times they'd face teams that simply couldn't stop the run.

The Minnesota Vikings have had the No. 1 rush defense all season, and notice they started 5-1 against the spread. The Patriots are currently ranked second against the run, and they have a winning spread mark, including a perfect 5-0 SU/ATS record on the road! Who is No. 3? Those surprising Ravens, who have quietly had a great season (8-2), with a winning spread mark overall (plus 4-1 ATS at home, as they often do).

Another thing a strong run defense does is makes the opponent more one-dimensional on offense. By taking away the run, you can expect that opponent to be in more passing situations, making it a bit easier for a defensive coordinator to prepare.

A stout run defense was a major factor in a game I released Friday between LSU and Arkansas, backing the Tigers. While others have lost faith in the Tigers, I haven't given up on what I consider an elite team. LSU has suffered just two losses on the season at Auburn and at Florida, two of the toughest venues in the conference. They outgained Auburn 309 to 182! They outgained Florida 318 to 288 but had a negative 3 turnover margin. LSU could very easily be undefeated on the season.

That run defense has helped the Tigers to be one of the best road teams in all of college football in recent years. They are 56-38 ATS on the road and 31-19 ATS as an underdog. I knew the Arkansas game would be decided in the trenches as Arkansas has an excellent running attack but LSU stops the run very well. The Tigers allow just 2.5 yards per carry and only 4 rushing touchdowns. In 2005 they held Arkansas' outstanding runner Darren McFadden to just 57 yards on the ground. And you've all seen how great McFadden has been this season.

In addition, teams that can't stop the run are more likely to give up a lot of points. And the only way they can then be effective at winning (SU and ATS) is to have a terrific offense that can mask that deficiency. This happened with the 2003 Chiefs, who allowed more yards per carry than any other team in the NFL (over 5 yards per pop), yet they were able to make the playoffs with an explosive offense. But that is not easy to do. The Colts are trying to go that route this season, with the worst defense against the run.

But it's tougher to win and cover the number when you struggle against the run. So if you've found a team that can't stop the run consistently, make sure this is not a weakness the opponent can exploit if you plan on backing them. Otherwise, you can find it profitable to bet against teams that can't stop the run, because it is one of the most basic (and important) handicapping factors.