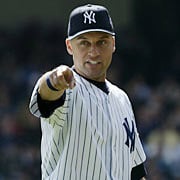 With just over three weeks remaining in the regular season, not only are the MLB pennant races heating up, but so is speculation about whoâ€™ll win the leagueâ€™s top awards. In both the American and National Leagues, the MVP debate is becoming strongly contested along with the NL Cy Young, while the AL Cy Young appears to be a virtual lock for a former winner. Now that the contenders for the major MLB awards are becoming clearer, PinnacleSports.com has released updated odds on the MVP and Cy Young winners in each league.

The largest sports betting site on the Internet, PinnacleSports.com currently lists New York Yankees captain Derek Jeter as a slight favorite to capture his first American League MVP Award at 3/2 odds (i.e., win $3 for every $2 bet). Despite being the AL leader in homeruns and RBIs, the oddsmakers believe David Ortizâ€™s chances to win his first MVP run have taken a hit from his recent  absence from the lineup and is now listed at 2/1 to become the first Red Sox MVP since 1995. The Twins Justin Morneau and White Sox Jermaine Dye have been huge contributors to their respective teamsâ€™ playoff runs, but remain underdogs to walk away with the hardware at 13/2 and 15/2, respectively. PinnacleSports.com lists 2004 AL Most Valuable Player Vladimir Guerrero as a 12/1 long shot to capture the honor for a second time.

In the National League, the online sportsbook lists Cardinals first baseman Albert Pujols as a 5/4 favorite to win his second consecutive MVP award. Following his recent power surge, Philadelphiaâ€™s Ryan Howard has taken over the Major League lead in HRs and RBIs, but remains a slight MVP underdog at 7/5. Mets center fielder Carlos Beltran has silenced any detractors this season by turning into a solid MVP contender with odds of 5/1.

PinnacleSports.com has also handicapped the Cy Young race and currently favors St. Louisâ€™ Chris Carpenter to repeat in the National League at 2/1 followed closely by the Cubsâ€™ Carlos Zambrano at 3/1. Arizonaâ€™s young ace Brandon Webb has been installed at 9/2 while Bravesâ€™ veteran John Smoltz and Marlinsâ€™ rookie Josh Johnson stand at 17/2 to be named the leagueâ€™s best pitcher. Meanwhile, San Diego closer Trevor Hoffman is a 23/1 long shot to become the latest relief pitcher to capture the award normally reserved for starters. The American League Cy Young race paints a much clearer picture as Minnesotaâ€™s Johan Santana has distanced himself from all other candidates by becoming the Major League leader in the three pitching â€œtriple crownâ€ categories. Now leading the big leagues in wins, strikeouts and ERA, Santana is listed as an overwhelming 1/5 favorite to win his second Cy Young.

For a complete list of odds, please visit PinnacleSports.com