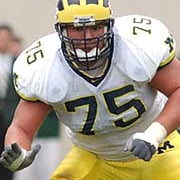 With 32 College Bowl Games spread through January 8th, many handicappers are putting in extra hours. While some suggest treating these games just like any other, there are two good reasons to spend some extra time studying these match-ups. First, games that are televised over the holidays have more “public” money bet on them, giving the studious player the opportunity to gain an extra edge. Second, there are a number of factors that cause many of these games to play out differently from the regular season, giving yet more value to professionals.

“Technical handicapping” is a method of looking for statistical trends without giving too much weight to the teams themselves. This method has previously proved very successful for Bowl Games. In the past four years, underdogs getting more than 7 points have gone 25-10-1, or 71.4% against the spread. However, be careful not to blindly bet a technical trend that has done well in the past. More people are discovering these angles and betting into them, so if everyone has the same idea, the line eventually becomes more efficient (e.g. a +12 dog in years past may now only be +8), pushing the trend towards 50% going forward.

In all games, a good starting point for general handicapping is to look at how the match-up looks statistically. All the vital data is at your fingertips by visiting https://www.thespread.com/ncaaf/main.html. In addition to team and match-up statistics, Pinnacle Sportsbook offers sports bettors further useful information, such as ATS and totals results for a variety of situations, as well as a link to Pinnacle Sportsbetting’s live lines.

Once you have a feel for the basic match-up, there are two additional factors to consider for Bowl Games. Firstly, contemplate the motivational edge. A solid team playing against a weak opponent may be disappointed by the match-up. This could result in flat play, which is one explanation for the underdog Bowl trend mentioned above.

When an average or slightly above average team goes to a Bowl game, it’s playing in its “Super Bowl” and every player is motivated to play the game of their life. This inspiration may not be felt by their superior opponents, so look for many underdogs to have an emotional edge in the Bowls. Of course in the BCS Bowls, strong teams usually stay motivated regardless of their opponent.

Another major factor to consider for College Bowl Games is a team’s coach. When teams have four weeks to prepare, and holidays are between a team’s last regular season game and the Bowl, coaching plays a bigger role than normal. A well-coached team is likely to over perform, but even more so in a Bowl game when there’s more time to prepare. Conversely, an undisciplined team has more time to lose focus.

Here’s a simple two-part test to identify a good coach: (1). Does he manage the clock properly?; and (2). Is he aggressive with fourth down play calling? This test may sound simple, but it’s effective at quickly sorting out the coaches. Is his team down by 10 in the fourth quarter? Good coaches start using timeouts early, even with five minutes left. What’s the call if it’s fourth down and two from the 50? If he punts, the call is suspect unless he has a two-score lead late in the game. If you’re already leaning on a play, a good coach is often enough to warrant “pulling the trigger”.

We opened the Redskins at +7 (-105) and immediately took hits from the sharps on the Saints. In addition to laying the 7, we also saw some point-buying down to -6.5. While we believe point-buying hurts a player over the long-term, the price of these half-points might be under priced if the closing line ends up very far from where the point-buying occurred. In this instance, the wise guys got the best of us.

For most of the year, the Colts were the public’s darling. The Colts’ poor run defense was overlooked, because their opponents were trailing by several scores and couldn’t emphasize the rushing game. Last week, the stats finally caught up to the Colts when their 32nd ranked run defense was torched for 375 yards by Jacksonville in the 44-17 blow out.

When a public team falls hard, sharps often take a contrarian posture. In this week’s most heavily traded game, the public is backing the Bengals by a 2:1 margin. The line however, has barely moved suggesting the sharps have lined up on the Colts to counterbalance the public.

The total on the Monday Night game opened at 50.5, which slowly crept up. It’s not surprising that the price drifted up given memories of last year’s match-up between these two, when they scored 62 points in the first half! Compound that with the Colts’ anemic run defense, sprinkle on a little Monday Night Football bias, and there’s no telling how high this will go.

We are flat on this game, but are forced to move as the whole market climbs, or will get stuck with a large imbalance. Thus far, the sharps have not expressed an opinion on the total. In games with totals this high though, professionals will usually play the under near game time. In the last 10 years, playing the under for high-totaled games (52 and over) has gone 25-20-1.

Of the early Bowl games, this is the highest volume match-up. We opened BYU as 7-point favorites, but the early sharps sucked out all the value, backing the Ducks until the line stabilized where it is now. Although BYU is 10-2, they’re only ranked 19th due to a soft schedule. The Cougars played only one ranked team this year, losing to Boston College 23-20.

Oregon won its first four games and then stumbled, finishing the season at 7-5 with three consecutive losses. Although the two teams are very close in the computer rankings, Oregon’s season-ending slump is making a lot of players think twice before backing the Ducks.

COLL AND PRO HOOPS PLUS PRO PIG FOR SUN DSAT NOTES LATE AS USUAL IIT IS WHAT IT IS on Sun, Jan 2021 by Surfer

NFL CHAMPIONSHIP GAMES FOR SUNDAY IT TIME on Sun, Jan 2021 by Timmy1961