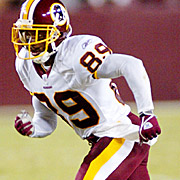 Exploring The Opportunities of Alternate NFL Lines and Small Markets

It’s easy to feel overwhelmed by the sheer number of offerings at Pinnacle Sportsbook. For football alone, bettors have the choice of nearly 30 markets, including halftimes, quarters, props and futures for several different leagues including the NFL, NCAA, CFL and even the CIS Vanier Cup.

Many players staunchly ignore everything except vanilla sides and totals markets. While these players are certainly saving money by taking advantage of Pinnacle Sportsbetting’s -104 reduced juice, they’re also missing out on some potentially profitable alternative markets.

Armed with reduced juice, smart bettors are in a position take on the familiar NFL offerings, but smaller markets like NFL Alternate Spreads and NCAA Div-IAA sides, can be even easier to pillage with low vig. While the wise guys are pounding bigger markets into shape, these less-played promotions remain less efficient, and are ideal prey for smaller players.

While you can handicap and play alternate lines just like a normal line, there are a few situations when they may be vastly superior to the standard spread. There are two factors that make getting extra points by paying more juice advantageous: (1) when the team you are backing is very consistent, or (2) when the game total is low.

(1) If you have a match-up between two defensive teams that run the ball (like San Diego , Dallas or Jacksonville ), the game is more likely to land near the spread, making those extra points you bought more valuable than in a regular game.

(2) When should you play the long shot, giving up more points for a high-paying moneyline? Look for games with high totals, or a match-up between two teams that play inconsistently – especially pass-oriented offenses. In match-ups of teams like Miami , Arizona and Pittsburgh , they’re as likely to win or lose by a high margin in a mismatch. Giving up extra points for a higher payout is a good way to cash in on the volatility of inconsistent teams.

Rich pickings can also be found betting the smaller leagues offered at Pinnacle Sports Betting. With over 120 Div-IAA sides, the linesmakers at Pinnacle Sports simply don’t have the time to analyze each game and team in-depth. Shrewd handicappers focus on a favorite conference like the Ivy League, which gives them an advantage over the house. If you’re a specialist in one conference and know the players, coaches, playing styles, injuries and suspensions for all the teams in that conference, you have invaluable insight on match-ups featuring those teams that bookmakers like PinnacleSports.com, simply do not.

What are our players betting now?

The Tigers opened at -13 (-105) and quickly became a public favorite. The sharps didn’t have a clear opinion on this game and the public kept betting Clemson up. While N.C. State has a mere 3-6 record, most of their games have been very competitive with only one loss by more than eight points.

Every once in awhile, we look at one of our openers and wince at the lopsided action. This happened after we opened the Seminoles at -3.5 (-105) and the early sharps played FSU. Fortunately, we can get a good line fairly cheaply due to lower limits earlier in the week. Even after the line stabilized, we’re still seeing sharps on Florida State , while the public is strongly on Wake Forest .

The Saints opened as a 6-point underdog, and were quickly bet down by the public. We took two bets on the Saints for every one on the Steelers. Despite the public sentiment, the sharps are evenly split on this game with no change of opinion of note as the line dropped.

We opened the Bears at -1 (-112), and took a storm of public money. After Chicago became an underdog at +2.5 and +3, the sharps started lining up on the Bears. The public is quick to react to a single disappointing performance, and seems to have forgotten that the Bears have the biggest point differential in the NFL, outscoring their opponents by an average of 16.8 points per game.

The Raiders have an unusual combination that often makes playing the “Under” very tempting. In their eight games this year, they’ve only scored six offensive touchdowns. The Raiders are the worst team in the NFL for offensive yardage at 228 yards per game and points scored with 11.5 per game. But… Oakland has the #2 passing defense, allowing just 160 passing yards per game. Taken together with a match-up against a strong Broncos’ defense, it’s no surprise that this game has the lowest total of the week. Our opener of 37 took hits mainly from sharps playing the under.

Since you never know what will catch a player’s fancy we like to experiment with new markets. Case in point is our opening three-day weekend box office propositions. The movie market on the opening weekend success of “Stranger than Fiction”, drew a lot of interest and brought in moderate balanced action. We opened at $14.5m (-108), and the price has drifted down due to the opinions of our “movie sharps”.