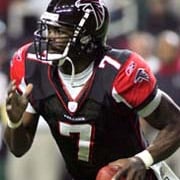 With the halfway point of the NFL season here, Pinnacle Sportsbook’s NFL futures – revised after each week’s play – now accurately reflect the current standings. Not only does Pinnacle Sportsbetting offer odds to win the Superbowl, the AFC Championship, the NFC Championship, NFL division odds plus unique props on Indy or the Bears going undefeated but the Pinnacle Sportsbook offers all of these at low juice with odds that offer up to 50% better value than other sports books.

What we are seeing at Pinnacle Sportsbetting is that much of the betting on NFL futures is still a reflection of players’ perceptions of teams before the season began.

If you can divorce yourself from this mindset and evaluate teams solely on the basis of this year’s play, that objectivity can give you an edge over many other players, whose judgment of futures is clouded.

The first step to accurately price NFL futures is determining how many games you expect each team to win. Many bettors are one step ahead on this point, already doing this via custom “power rankings”. If you’re not among them, you can borrow power ratings from other handicappers, or better yet, simply use the average of several handicappers’ ratings.

The main concept of power rating systems is to provide a ready-reckoner for spreads between any two teams by taking the difference in their ratings. For example, if the Ravens were rated 24 and Cincinnati were 22, the Ravens would be a 2-point favorite on a neutral field. Conventional wisdom suggests that home field advantage (HFA) adds an additional 3 points.

Using power ratings, you’re in a position to set a spread for every match-up a team has for the remainder of the season. From there, you can evaluate a team’s chance of winning each game by looking at the moneyline for that spread. For example, a 3-point favorite is about a -150 favorite, which translates to (-150/-250 = .60), i.e., a 60% chance of winning. Following this process for each team, bettors can find a good estimate of how many games each team will win in total this season, giving a basis for assessing futures.

To arrive at a sophisticated personalized assessment to measure against futures at sportbooks, it’s best to customize your ratings further by considering how each team’s rosters might change in the coming weeks. Most power ranking systems try to predict performance based on a team’s average during the season, but this might be skewed by the impact of a key player’s absence, or return from injury.

A final factor to consider is how a team will play once it has locked up its division, a playoff spot, or home field advantage. If there’s nothing at stake – not even a home field factor in the playoffs - teams tend to rest players and perform below expectations. In these instances, players can “fudge” the power rankings by making adjustments.

Once you determine how many games each team should win, certain divisional prices may jump out at you. If two teams have similar prices to win the division and you expect one to win a full half-game more, this probably represents a solid play.

In addition to futures on divisional champions, Pinnacle Sportsbook offers propositions on the Colts and the  Bears to finish the regular season undefeated. If you’ve already set point spreads for each match-up, it’s easy to adapt this to price the odds on either team going undefeated by simply multiplying the percentages for each team winning their remaining games. For this type of prop, there will frequently be value betting the “No” despite laying heavy odds.

What are our players betting?

Oklahoma -3 -106 v. Texas A&M
Our opener of Oklahoma -3 (-105) drew heavy, balanced action. While most sharps are undecided, a few have backed the Sooners. Oklahoma is without running back Adrian Peterson, but Allen Patrick has replaced him adequately, running for 272 yards in his two starts.

LSU -3 -108 v. Tennessee
This is the most heavily-traded college game of the week. We opened this game at LSU +1.5 and while there were fairly equal numbers of bets on both teams, the sharps have been all over LSU. The #8 Vols, despite being 7-1, have struggled in their last two games. Of concern for Tennessee backers is the status of QB Erik Ainge’s ankle, which he injured last week against South Carolina .

Denver +2.5 +103 v. Pittsburgh
Every once in awhile, we are really surprised at how the public bets a game and this is one of those instances. We opened Denver as a 1-point favorite, and took three bets on the Steelers for every one on the Broncos. The sharps started betting on Denver mid-week, but the heavier public volume is still causing this line to creep towards Pittsburgh -3.

Indianapolis +3 -107 v. New England
We initially opened the Patriots as a 1½ point favorite. Thanks to a dominating 31-7 performance against the Vikings on Monday night, the public and sharps alike are enamored with New England . The price quickly hit -3 due to a rare consensus between both sharps and the public.

Will the Colts go 16-0? No -1600
Last week, the No was trading at -2000. Indy then defeated Denver as an underdog, which in theory should at least double the chances of them going undefeated. The line has stabilized at -1600, suggesting the NO was too cheap earlier (or is too expensive now). Rather than playing the “Yes” at +1200, players might be better off betting moneylines on the Colts for the next 10 weeks.

Will the Ravens win the AFC North? Yes -120
Earlier this year, sharper players backed Baltimore at prices as high as +380 for the division, and as high as +4700 to win the Super bowl. Players on the divisional bet could now scalp the earlier play, but they’re not. Our sharper players don’t normally tend to hedge winning plays. Newer players are often tempted to hedge bets – i.e., those with +4700 on Baltimore could bet that Baltimore won’t make the playoffs (at +290) and play moneyline wagers against the Ravens for the entire postseason. The problem with doing this is that the player is getting juiced on each successive hedge play. A better approach would be to bet a much smaller amount on the future, so that you can avoid hedging.