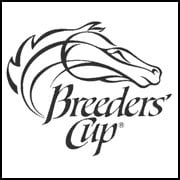 Jack Schneider visualizes just one manner in which Bernardini can be beaten in next month's $5 million Breeders Cup Classic -- barring stumbling on a stable rock, getting stuck in the gate or being abducted by aliens.

"The only way it could happen is if Bernardini and Lava Man get into a dog-dirt duel and are so into watching each other and not looking behind them, someone else bolts by both in the end," the Sam's Town Race Book manager said.

That kind of scenario would throw balloting for Horse of the Year into a tizzy (no relation to two-time Classic winner Tiznow).

Most Thoroughbreds buffs would agree the voting currently is a two-horse race, though the bolters could include horses like David Junior, Invasor and Strong Contender.

The eight-race Breeders' Cup card will be contested on Saturday, Nov. 4, at Churchill Downs and highlighted by the rich Classic, which will mark Bernardini's first -- and maybe last -- test against older horses.

The colt broke his maiden at Gulfstream Park and gradually moved up the ladder while skipping the Run for the Roses and, after his Preakness victory, the Belmont Stakes.

He has been unbeaten since, winning the Jim Dandy, Withers, Travers and, just last week, Belmont Park's Jockey Gold Cup.

Five-year-old Lava Man, a son of Slew City Slew, is this year's West Coast racing sensation and became only the second horse to sweep the Santa Anita Derby, Hollywood Gold Cup and Pacific Classic in the same season.

"But I think we'll see an honest pace in the Classic and if he wins it, he's a Superhorse."

"You know if you beat him, you've beaten the best," Schneider echoed.

Schneider has a hot tip for players: Henny Hughes -- also owned by Dubai's royal family -- if he goes in the six-furlong sprint.

"That horse has been awesome, an absolute monster!" Schneider exclaimed.

"He's not big on stretching it out, but in a six-furlong race ...

"If you see Henny Hughes going in the Sprint, circle him."

"But Bernardini is awfully good .. like WOW," said Avello, who saw the colt run in the Travers at Saratoga.

"This is a horse race, though, and anything can happen."

Daily Racing Form Las Vegas correspondent Dave Tuley, as usual, is waiting until post positions are drawn and the morning line is out before he goes out on a limb.

"I don't have any specific horses I'm looking to bet on Breeders' Cup Day, as we're still waiting to see exactly how the fields shape up," Tuley said.

"What I can tell you is after watching favorites win four of the five Grade 1 races at Belmont Park last Saturday (Oct. 7) -- the other was won by a 2-1 shot -- I know those horses will be bet down on BC day and it should create great value on the longshots,.

"Now, we have to find the right longshots."