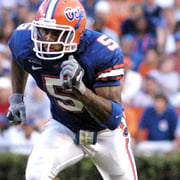 Fantasy sports have become an extremely popular pastime with tens of millions of sports fans around the world. During football season, fantasy owners spend hours each week examining player statistics, evaluating their fantasy football teams and contemplating trades. Team owners hold extensive negotiations over even the smallest transactions in hopes that the hard work will payoff come game day. Once Sunday's NFL games kickoff, fantasy players turn their focus to statistics in the day's games, hoping to dominate their respective leagues.

What could be better than seeing your Fantasy Team crushing a hapless opponent? Winning your fantasy game AND making money! Pinnacle Sportsbook is now taking bets on YOUR fantasy games, so that it can become a reality! As always, Pinnacle Sportsbetting is even offering reduced juice with -108 pricing on YOUR Fantasy League match-ups.

It only takes about three minutes to set up your league and begin betting on your fantasy team's match-ups. Simply go to FantasyRivals.com, and create a new account - you only need a username and valid email address. Once logged in, importing your Fantasy League from either Yahoo! or CBS Sportsline happens almost instantaneously. If your league is hosted on another service or you don't belong to an existing league, you also have the option of entering the league information manually.

Once your league is set up, select the "Line Generator" which allows you to request a point spread between two chosen fantasy teams in your league. This betting line is then available at PinnacleSports.com, where you can bet on it like any other sporting event. The one caveat is that both quarterbacks must play for your bet to have action - any other player missing from the game doesn't matter (except for your fantasy score!).

Even if you're not a big bettor, FantasyRivals.com gives you an edge to help win your fantasy league. The Line Generator gives a good indication of how strong your starting lineup is in a professional bookmaker's eyes relative to that week's opponent. The ultimate tool helping fantasy owners make difficult lineup decisions, the Line Generator will automatically devise a new betting line as owners activate different players in their starting lineup, which indicates what players are good Starts/Sits for your game.

For example; if the Line Generator makes your team a 7-point favorite with Chester Taylor starting at RB, but only a 4-point favorite with Warrick Dunn starting in his place, this indicates that Taylor is a better start in your match-up. If you're surprised at the new line, or think a change is not adequately reflected in the line, you can always back your opinion by betting into that line at Pinnacle Sports Book.

In both fantasy games and betting, paying particular attention to match-ups where a player may have a breakout performance can be very beneficial. Since Pinnacle Sports' Fantasy Team lines are based on expected average performance, you'll want to find situations where a player's performance may differ drastically from his average.

Many of your opponents will use similar criteria to select their starting lineup, but occasionally, you can find a break-out player who'll exceed his past performance. This often happens when there's a change in that player's role. For example, a tight end or secondary wide receiver might get more looks and earn more points if a team's top receiver is injured.

Another opportunity to find breakout players may arise in mismatches. When a game goes into the second half with a dominant favorite up 14 or more points, there are usually significant changes in play selection. The favorite tends to run the ball more often, while the losing team attempts more passes. Using this theory to your advantage, you may want to activate running backs for teams that are favored by 10 points or more.

It's equally important to avoid quarterbacks playing for large underdogs. Although they typically attempt more passes, they also tend to throw a disproportionate number of interceptions. You're also likely to see a winning team using more nickel and dime defensive packages (even on first or second down), when its opponent is down a few scores in the second half. While quarterbacks of big underdogs are typically something to be avoided in fantasy, receivers and tight ends of these teams often benefit from the rout by making more pass receptions, without getting penalized for the more frequent interceptions and sacks.

What are our players betting now?

In the highest-traded game of the week, the Eagles opened as 2.5-point road favorites where several early bets from sharps quickly moved the line. The professionals clearly like the Eagles at -2.5 and even -3, but are passing on Philly -3.5. New Orleans has been a fairly public team this year, so we expect Saints backers to take the +3.5, which could force this game to close on the 3.

The opening total of 37 was heavily bet by the public forcing the line up to 38. The sharps have not expressed an opinion on this game yet, which may indicate that they're waiting for Monday night to play the under. While the Bears' have averaged over 31 points per game this season, it remains to be seen if the Cardinals can score against the dominant Chicago defense.

Auburn was embarrassed last week losing to Arkansas 27-10 at home. Public bettors often back top-ranked teams following this type of loss using a "bounce back" theory. This game is clearly following that trend as a lot of public money has already come in on the Tigers. The sharps clearly favor Florida, and their larger wagers have pushed the opener of Florida +1.5 down.