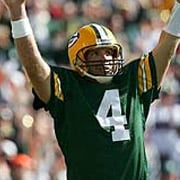 Each week two contestants are matched against each other in a head to head meeting with each handicapper making 7 selections against the LeRoys pointspread that exists shortly before air time. The 7 selections are rated, effectively, from 1 to 7 in that each contestant will risk a mythical 110 to win 100 on his weakest selection, increasing in 110/100 increments to the Best Bet which risks 770 to win 700.

The contestant with the most money won -- regardless of win/loss record -- advances to the next round. The contest will be held Friday evenings between 7 and 9 PM at the Silverton hotel, south of the Las Vegas Strip, except for the opening week match which will be held Thursday, September 7 at the Silverton. The public is welcome -- and encouraged -- to attent. The contest airs over Las Vegas radio station KBAD (AM 920) at 7:00 PM and is also expected to be available for broadcast live on the Internet at www.americanwagering.com -- just click on the Leroys link and follow other links to reach the broadcast). The two contestants who win their first 3 matches will meet in the Finals to be held on Friday, December 15, 2006 and are assured of winning either 20,000.oo or $ 80,000.oo.