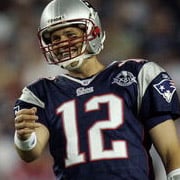 Until recently, sharp players routinely turned a profit using very little handicapping and simply playing underdogs. Blindly betting every home dog of +7.5 or more during NFL season became a staple that regularly cashed at the window. Then this traditional handicapping technique stopped working to the point that these â€œbread and butterâ€ plays no longer brought home the bacon. In 2005, the â€œSharps 101 playbookâ€ was rewritten as favorites covered 58% of the time.

Although itâ€™s only the fourth week of the season, at Pinnacle Sportsbook weâ€™ve noticed that this trend may reestablish itself as good teams dominate. Teams that are 2-1 or 3-0 are a combined 32-12 (72.73%) against the spread. With underdogs of 10 or more points only covering 1/3 of games this season it certainly brings league parity into question.

Thereâ€™s always been a gap between the â€œhavesâ€ and â€œhave notsâ€ in the NFL. Prior to the 2002 season, this gap was bridged by scheduling four games for each team based on the previous yearâ€™s performance. If a team finished last in its division, the â€œcrÃ¨me puffâ€ factor dictated that it would get four games against equally bad teams.

Since 2002, new NFL scheduling rules dictate that only two games per year would be based on a teamâ€™s record from the preceding year. As a result, todayâ€™s NFL schedule now contains more games between mismatched teams than before. Consequently, bad teams lose more games while good teams win more often.

This was extremely evident last year when only 1 of 32 teams finished with an 8-8 record. With the ever-growing number of underdog players and more mismatches, there are now profitable opportunities to do what was previously unthinkable - back quality teams as large favorites. Since there are several underdog players at Pinnacle Sportsbetting, which also offers up to 60% better odds on NFL sides, thereâ€™s often great value to be found betting favorites.

One way to evaluate a team is to look at its offensive yards per play and the defensive yards allowed per play. As one would expect, teams that gain more yards than they allow tend to win. While this isnâ€™t exclusively accurate, this measure is at least as good a predictor of future performance as past game scores. Using the Internet and Excel, you can easily evaluate the entire league in just a few minutes. Scraping data and analyzing it in Excel is a mandatory skill for successful handicappers, so itâ€™s worthwhile to provide a brief example of how simple it is.

Under the â€œStatsâ€ section on NFL.com simply select â€œ2005 regular seasonâ€. At the bottom of the page under â€œSortable team rankingsâ€, there are â€œOffenseâ€ and â€œDefenseâ€ options. Simply clicking the â€œFind statsâ€ button after selecting total offense or defense, will give a number of statistics for every NFL team including offensive/defensive yards per play (Y/P).

The four worst teams in terms of yardage per play differential in 2005 were San Francisco, Houston, Buffalo and Detroit, while the four best were the New York Giants, Indianapolis, Pittsburgh and Seattle. Betting lines often fail to adequately reflect the difference between the elite teams compared to the dregs. The top four were 6-2-1 against the spread and 9-0 straight up in 2005 against the bottom four.

While these results arenâ€™t surprising, a yardage differential can also be used to analyze match-ups between nearly any two teams. Thereâ€™s a â€œquick and dirtyâ€ rule for setting a spread using NFL yardage differential: each 0.15 yards per play is worth 1 point. As an example, letâ€™s examine Mondayâ€™s game of Green Bay at Philadelphia.

As with all tools for evaluating teams, this calculation is best used in conjunction with other handicapping methods and using common sense. Many statistical methods become far more viable after 4-6 games so the current seasonâ€™s data can be analyzed. However, even at this early stage, these types of statistical methods can be a good way to look for new winning angles â€“ like identifying under-priced big favorites.

What are players betting at the Pinnacle Online Sportsbook?

We initially offered the Buckeyes at -6.5 (-105) and took early public money. Ohio State has been a high-profile team for several years and continues to attract a lot of attention. If OSU wins this game, they face only one more top-25 team this season â€“ at home versus rival Michigan. With major BCS ramifications on the line, this game has split opinion between the public and the sharps, with the professionals backing Iowa.

Virginia Tech has a reputation as a team that starts strong but tends to fade midseason. They struggled against Cincinnati last week, trailing 10-5 at halftime before rallying with 17 fourth quarter points to win 29-13. None of the Hokiesâ€™ wins have been against quality opponents and bettors are punishing them for this. Virginia Tech opened at -13, which was quickly bet down to -9 by the public who favors Georgia Tech.

This line opened with Indianapolis giving 7.5 points where early bettors forced the line to -9.  Despite moderately balanced action, there have been more wagers on the Colts, although the early wise guys clearly favor the Jets.

The undefeated Bengals are riding high following their road victory against the defending Super Bowl Champions, while the Patriots are reeling from a 17-7 home loss to Denver. The Pats opened getting 4 points and although they havenâ€™t been bigger underdogs since 2004, the Bengals backing has been surprising. The sharps have been fairly split on this game â€“ playing the Bengals at -4 and taking the Patriots at +6.