As 30-second ad spots have risen to a record of $5.6million this year, the Super Bowl remains to defy the norm within a rather dwindling sector.

Once Super Bowl LIV opens, by the Hard Rock Stadium in Miami on February 2nd, over 100 million Americans shall view it on TV.

Businesses invest millions of dollars into developing the most innovative and memorable TV commercials of the year. The goal is to become viral, and to be awarded a spot in the top 10 ads, as per USA Today’s Super Bowl Ad Meter. Of course, bringing in the most revenue is the most important metric.

With over $385B spent on snacks at the Super Bowl last year alone, it’s easy to see why advertising during such an event may attract many eyeballs to an advertiser’s brand.

Get ready to have your socks knocked off with these fun Super Bowl facts (provided by Betway) below:

But the top advertiser, with a $35 million outlay, was the Winter Olympics – which was also broadcast by NBC, less than a week later. 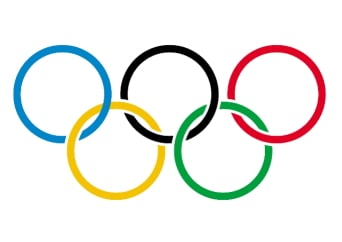 Here are some of the top advertisers:

Obtaining the greatest viewership can vary as per the moment when your ad spot is featured throughout the event: According to statistical data, viewers pay the most attention at halftime, 48%, along with the first quarter, which is at 19%.

The Super Bowl’s attentive audience reflects that premium brands are willing to pay for exposure throughout this event.

Streaming platforms have recently caused the price of most TV advertising to drop – 62% of the major TV networks experienced lower 30-second ad spot prices this year – the Super Bowl defies this tendency.

Not only due to a massive audience. The status that is earned upon being featured in a Super Bowl ad, and being part of the event, illustrates how powerful this event remains throughout the industry.

Eyeballs matter! The more viewers and exposure, the higher the price an ad spot can command.

However, there are a few other less objective factors that drive price. It’s similar to the smell of a brand new car, or the allure of a certain brand of jeans you may decide to purchase for a premium.

As television ad rates decline, the amount of money that companies invest in such advertising also diminishes, since corporations are allocating more of their advertising budget into online marketing expenditure, which has become increasingly on the rise.

The Super Bowl has remained entirely immune from this trend.

Super Bowl ad spots are generally sold out around the holiday season or beginning of January. However, this year, despite record price points, Fox was sold out by the middle of November.

Booking a spot is only half the battle. In order to maximize the impact of such a costly ad, the most creative agencies throughout the country are called upon.

President Donald Trump has invested a whopping $10m on a 60-second spot, most likely in anticipation of the coming election.

Theoretically, this boost could assist him in extending his stay in the Oval Office for another term.

However, it is uncertain whether such exposure is enough to change the longstanding opinions of the American people.

Trump isn’t the first politician to attempt to leverage this event. Democratic Michael Bloomberg purchased 60-seconds – with the objective of impacting the president.

Now that even the president, both an entertainment and business mogul, have entered the ad space for this sizeable event, there is little doubt that the Super Bowl’s authority in the ad sector will be thwarted anytime soon.

PGA BUYS, MLB PRO HOOPS PREAKNESS AND PRELIMS FOR SAT FRI NOTES LOST HALF OF WHAT WE STARTED WITH on Sat, May 2022 by Timmy1961