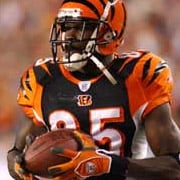 Can You as a Bettor Make Money on Pinnacle Sports Books Sharp Plays?

Since the first issue of the Pinnacle Pulse, we’ve focused a lot of attention on the methods and selections of “sharp” players. Each week we highlight the markets where they are most active. At Pinnacle Sportsbook we consider a ‘sharp player’ to be a client that is consistently on the right side of a game, gets the best of the number and consequently wins over the long-term.

Therefore it is reasonable for bettors to ask how accurate these “sharp plays” have been, but before going back and checking, bear in mind two bits of advice we have repeatedly stressed: 1) always play at the best price and 2) pass on a game if sharps have conflicting opinions at the same price.

With these two rules in mind, you would have gone a whopping 47-31-2 following sharp plays since we began listing them last year.

Handicapping sports is a search for the truth. That truth is the chance of a given team winning on a given day. Professional players typically set their own line before looking at the market prices, and know what edge they expect at any given price. They view investing in a game as a simple commodity – they will buy either team if the price is right. In many instances, bettors will play both sides of the same game due to line moves or new information.

Many handicappers set their original line, and use an ROR (return on risk) hurdle to determine plays. For example, if a model predicts that Team A will beat Team B 75% of the time in a match-up, that player might look for a bet priced for Team A to win just 70% of the time, or Team B to win 20% of the time. Once that piece of truth is found – Team A’s win percentage for that match-up – the sharp player bets it only if “the price is right”. This might be by playing Team A at -233 on the moneyline, or making an “equivalent” play identified with conversions, such as Team A -5½. That same player would just as happily play Team B at +400 or +8 points.

In most games the market price will be close enough to the handicapper’s fair price to suggest that the game is a “pass”. Due to the commission a bettor must pay on each wager (traditionally 10% at most sports books), there’s a dead zone where neither side can be played profitably. For example, a sportsbook might offer both sides of an NFL game at Pick’em -110. In that instance, no play could be profitably made unless a team was expected to win more than (110/210) = 52.4%. With traditional 20 cent lines, there is a fairly wide dead zone at most other bookmakers.

There are two obvious ways to reduce the impact of the dead zone. The simplest is to open an account with a reduced-juice sportsbook like Pinnacle Sports Betting. With Pinnacle’s -104 style pricing on NFL sides, the dead zone is much smaller and a team expected to win just 51% could be profitable. Pinnacle Sports’ reduced juice not only has more favorable prices with 8 cent lines on NFL sides, but you have more possible plays as well.

The second way to reduce the dead zone further is to use multiple sportsbooks and shop lines. If you have an array of five plus sportsbooks, which includes a reduced juice sports book like Pinnacle Sports, you can frequently reduce the dead zone further – in some instances eliminating it entirely (e.g. if you can play either side at +100). When professional players count their profits in terms of 2-4% of their total betting volume, shopping to get the best number will frequently make the difference between a winning or losing season.

Modern Caveman recently contacted AskTheBook and asked:
Should a bettor really be taking advice from a bookie?  In chess, I used to say "never listen to your opponent.”

My advice would be, “Trust, but verify”. In sports betting, like stock investing, you should never put money at risk on the strength of anything ANYONE says until you’ve researched the subject to the best of your abilities. This is especially true if your source has a vested interest.

The aim of The Pinnacle Pulse is to help educate players about the benefits of low juice by providing accurate information that helps improve the handicapping skills of prospective and existing Pinnacle Sports players. This is thanks in no small part to contributors such as Daringly and the Pinnacle Sports oddsmakers and line managers. It is our belief that if we can improve the sophistication of players and raise the awareness of Pinnacle Sports, more bettors will chose Pinnacle and benefit from our pricing that offers up to 60% better value on NFL sides than other bookmakers.

What are our players betting?

Both teams finished the regular seasons below expectations – Seattle as reigning NFC champion and Dallas as an early Super Bowl favorite. Both lost three out of their final four games, landing Seattle and Dallas the #4 and #5 seeds, respectively.

The Cowboys opened at +3 (-114). The public leaned on Seattle by a ratio of 3-to-2, due at least in part to Dallas ’s recent humiliation at the hands of the hapless Lions. Meanwhile, the sharps clearly favor Dallas and have been taking the points.

The Eagles have finished the season playing inspired football winning their last five games. Jeff Garcia led the Eagles offense after stepping in for injured Donovan McNabb, throwing 10 TDs to just 2 INTs. His 95.8 passer rating would make him the #4 QB in the league. The Giants started at 6-2, but then dropped six of their last eight games to limp into the playoffs.

When you have two teams moving in opposing directions, statistical handicappers will often disagree on a game. One approach is to weight all games of the season evenly. Another approach is to weight recent games more heavily than ones earlier in the season. Each of these styles will strongly favor opposite teams in this match-up.

In our most heavily traded game of the week, we opened the Giants at +6 (-106). The line crept up as bettors took the Eagles by a 3-to-2 ratio. Our professional players are split on this match-up, possibly due to their statistical methodology. We are also seeing one-sided sharp action teasing the Eagles down.

We opened the Buckeyes at -7 (-105) and the public has favored Ohio State , backing them over Florida by a margin of 3-to-2. Our sharps have been split fairly evenly on this game, though we have seen some unusual point-buying activity with some of our more successful players buying Florida up to +7.5.