Tom Brady is about to start his 10th career Super Bowl, more than any other quarterback in NFL history. Brady has won six times and lost three and has been named the game’s MVP four times. But which games have been Brady’s most impressive? Here is a look at the five best Tom Brady performances in the Super Bowl, according to Betway Sports. 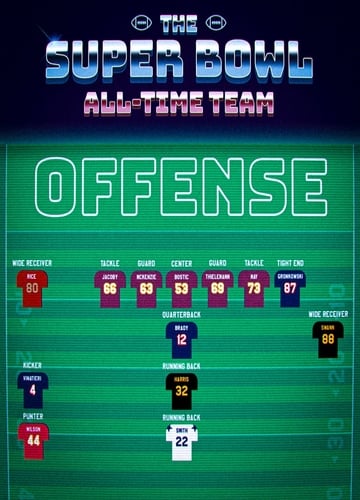 Brady didn’t win the MVP award in this game (it went to WR Deion Branch), but he was extremely efficient and effective throughout the game.

The former Michigan star completed 23-of-33 passes for 236 yards and two touchdowns. His quarterback rating was in impressive 110.2. One of Brady’s touchdown passes went to linebacker Mike Vrabel who reported as an eligible receiver in the third quarter with the Patriots at the Philadelphia two-yard line.

The win improved Brady’s record in Super Bowls to 3-0.

Brady won his fourth MVP award after leading the Super Bowl’s biggest comeback. Atlanta led 28-3 midway through the third quarter when Brady led the Patriots back and eventually won the game in overtime.

Brady completed 43-of-62 passes for 466 yards and two touchdowns. He also threw for the game-tying two-point conversion with just 57 seconds left in the fourth quarter when he hit Danny Amendola to tie the game at 28-28.

Brady kept his cool under pressure and showed why many people consider him the best quarterback ever to play the game.

Once again, Brady came through in the clutch. Carolina tied the game when Jake Delhomme hit Ricky Proehl for a touchdown with 1:13 to go but Brady didn’t panic. He got the ball back with 1:08 left on the clock and calmly led the Patriots downfield.

Brady completed five straight passes on this drive and got the ball down to the 23 which set up the game-winning field goal by Adam Vinatieri with nine seconds left.

Brady finished the game with 354 yards passing and three touchdowns and won his second MVP award.

The Seattle Seahawks “Legion of Boom” defense challenged Brady in this game but he came through and led the Patriots to another victory. New England trailed 24-14 after three quarters but Brady threw touchdown passes to Amendola and Julia Edelman in the fourth quarter to give the Patriots a 28-24 lead with 2:02 left in the game.

The game wasn’t clinched until Malcolm Butler intercepted Russell Wilson in the end zone with 26 seconds left and the Seahawks last gasp chance to win was thwarted.

Brady completed 37-of-50 passes in this game for 328 yards and a career-high four Super Bowl touchdown passes.

It’s hard to believe Brady’s best Super Bowl was a game the Patriots didn’t even win, but his numbers were so impressive this must be number one. Brady threw for a Super Bowl record 505 yards and three touchdowns and did not throw any interceptions.

Unfortunately, the New England defense was unable to stop Nick Foles and the Eagles and New England lost a thriller 41-33.

Brady had his team ahead 33-32 in the fourth quarter, but Philadelphia scored a touchdown and a field goal in the final 2:21 to win the game. Still, Brady’s performance in a losing cause was extremely impressive.

Did Tom Brady make the all-time Super Bowl team? See if he is one of the best to play in the NFL’s biggest game here, according to the recent NFL blog by Betway Sports. 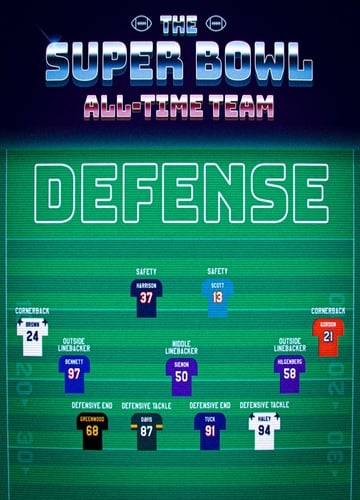 Newsletters for the NFL Conference Championships on Sat, Jan 2023 by Shazman

Cowboys vs. 49ers Over/Under Prediction Despite the explosiveness on both sides, is the under the best play for Sunday evening’s NFL playoffs matchup between the Cowboys and 49ers at 6:30 p.m. ET?
Cowboys vs. 49ers, 1/22/23 NFL Divisional Playoffs Prediction & Odds
Sunday, 22 January 2023

Cowboys vs. 49ers Prediction The Cowboys and 49ers will put a bow on the Divisional round of the NFL playoffs at 6:30 p.m. ET. Will Dallas hang with San Francisco as a 3.5-point underdog or are the Niners...
Bengals vs. Bills, 1/22/23 NFL Divisional Round Over/Under Prediction
Sunday, 22 January 2023

Bengals vs. Bills Prediction The Bengals and Bills will square off in the Divisional round of the NFL playoffs on Sunday at 3:00 p.m. ET. Is 5.5 too much to la with the host Bills or will Buffalo...
Jaguars vs. Chiefs, 1/21/23 Divisional Playoffs Spread Prediction & Odds
Saturday, 21 January 2023

Jaguars vs. Chiefs Prediction & Odds The Divisional round of the NFL playoffs begins on Saturday with a matchup at Arrowhead Stadium between the Chiefs and Jaguars at 4:30 p.m. ET. Is 9 too much to...
More in NFL NBA NCAAFB NCAABB MLB NHL Nascar